For the month of March at the Sherborn Library, Cheryl Cohen exhibited her mosaics. A native of Ashland, Cheryl teaches mixed media mosaic art to adults and children at her studio, Cheryl Cohen, Mosaic Art Center at 360 Woodland Street in Holliston. The studio opened in June, 2014 and offers afterschool programs to children ages eight and up, and adult programs weekly on Tuesday morning, and Thursday evenings. She also offers monthly Ladies’ Nights Out and Weekend Workshops. Cheryl will help you plan special events including birthday parties, family reunions, work gatherings, etc. In addition, at the art center, there are other artists who offer art classes in various media. 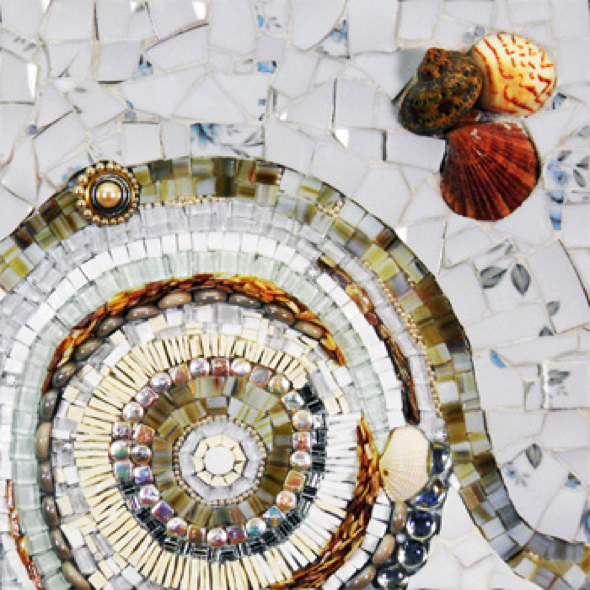 April 2015:  The Paintings of Vivian Sass

April 2015:  The Paintings of Vivian Sass

In recognition of Autism Awareness month Vivian Sass showed her artwork at the Sherborn Library in April. An eight year-old Sherborn resident, Vivian has passionately made artwork as an expression of her creativity starting at age 2. She loves drawing and sculpting but favored painting since she first held a paintbrush. She is fascinated by, and finds peace in, mixing colors and finds both comfort and joy when applying paint to the canvas. She began formal art lessons at age 7 with her teacher Karen Johnson of Medfield. Vivian paints colorful, vibrant and happy landscapes with architectural elements in acrylic paint. She prefers painting from photographs and has recently been painting in large format.

Vivian is very much looking forward to showing her work to the members of her community. Contact for questions or comments: paintingsbyvivian@gmail.com 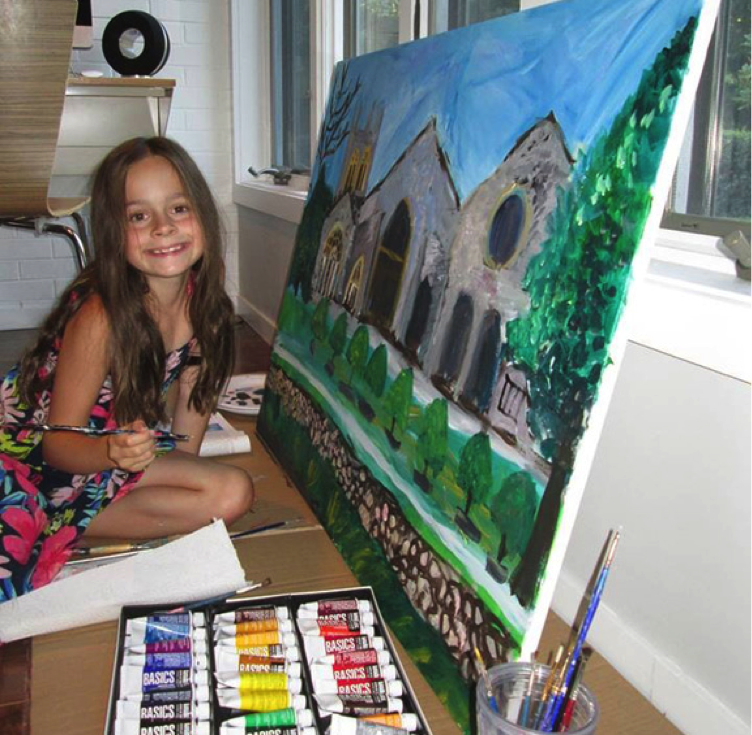 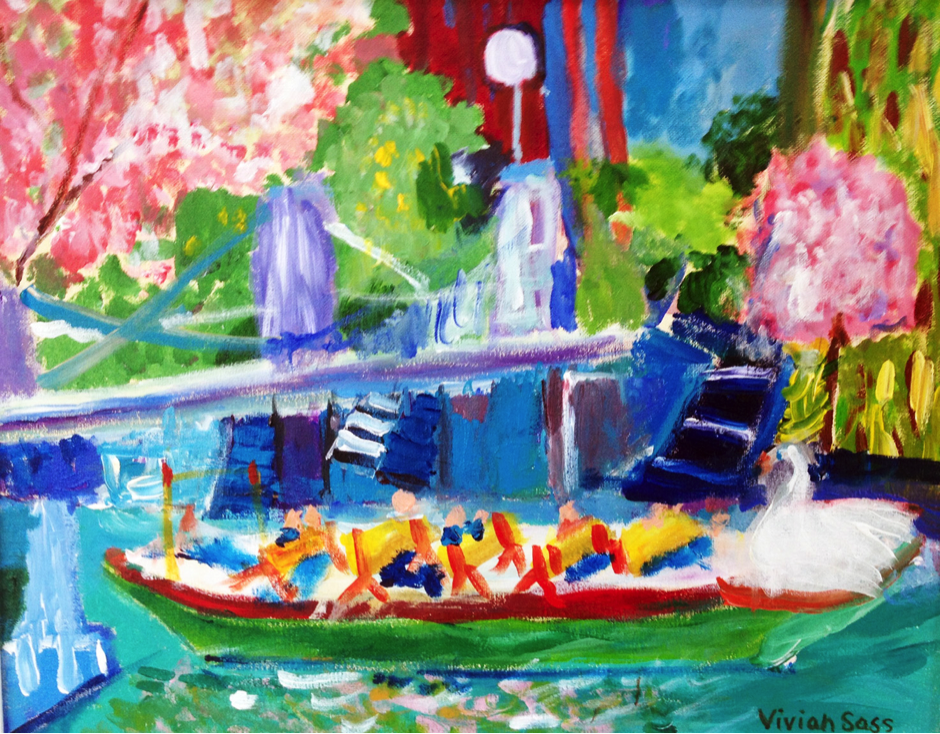 May 2015:  Oil paintings of Dottie Laughlin

May 2015:  Oil paintings of Dottie Laughlin

Dottie Laughlin is an oil painter who strives to find the light in her numerous water filled landscapes of New England. Her soft brushstrokes add an atmospheric quality to her colorful works and the foliage of trees and flowers are alive. She loves the process of watching a painting unfold. Laughlin studied Art and Art History Univ. of Wisconsin, however it took her move to New England 14 years ago to return to painting. She has studied at the Danforth Museum School, and with various Boston artists and most currently with William Bartlett of the Boston Guild. She is a member of the Wellesley Society of Artists, Needham Art Association, Lakes Region Art Assoc. and had done several open studios in the area. Her work has received a number of awards, the most recent being the Loran Percy Award for New England Landscape by the Lakes Regional Art Association. Additional information on Dottie can be found on her website: www.dottielaughlin.com

Carolyn is an oil painter who lives in Natick and keeps a studio in the Winchell Building, also in Natick.  Her work often features rocks as part of abstracted landscapes in layers of color.  Her studio was part of the original Natick Artists Open Studios and has been open for visitors every year since. 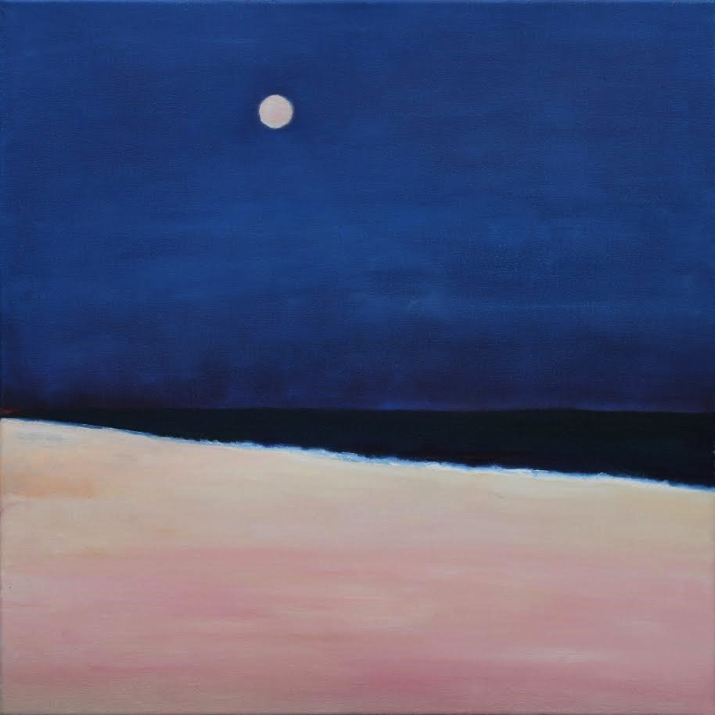 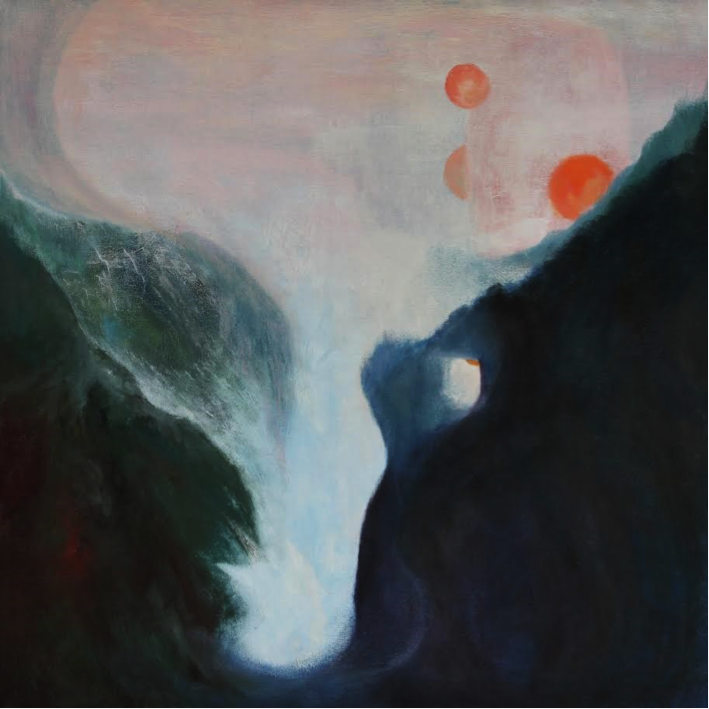 During the month of July, the Sherborn Library celebrated young local artists from the Dover-Sherborn Middle School.  One section of the young artist exhibit features work from Dover-Sherborn Middle School's Art Club. The club is comprised of students in the 6-8th grades who are interested in advancing their artistic skills outside of the formal classroom setting. The members join together once a week after school where they have the opportunity to create artwork using a wide variety of media and subject matter. The work displayed is a compilation of abstract pieces using oil and chalk pastel.

Ariel Valeria Calver’s photographs were displayed in the Sherborn Library during the month of August.  Ariel’s photography ranges from the abstract to the urban landscapes in London, Paris, Northern Italy, and to the world of nature in the United States. The photographs in the Library exhibit were taken in Istanbul, Turkey.  Many of her photos have been published in online magazines, such as Epiphany. She currently lives in London, UK, but grew up locally in Massachusetts.

This month’s exhibit at the Sherborn Library featured Lynda Goldberg’s monotypes. Goldberg’s monotypes focus on nature and her fascination with it. She starts with an idea or feeling which she expresses in textures and colors using natural and manmade found objects.

Goldberg uses leaves, grasses, ferns, seaweed, eggshells, metal objects, meshes, string, and other items that are themselves inked and placed on an inked plexiglass plate, then a damp piece of paper is placed on top and the whole thing is run through a press. After pulling the original print one can continue to use the ”ghosted” plate as is, or add/substract/rearrange items and pull another print, or one can remove the objects and use that “ghosted” image. Also, as the plate is being prepared, one can use what is on the roller and roll that on a plate, or use the reverse side of an object that was already printed. It is the unlimited possibilities and uncertainty of what exactly will appear (in addition to the image being the reverse of what one worked on) that makes the monotype process so exciting. Each print is unique and the result of an adventure. As Goldberg says, “My goal is to transmit my enthusiasm for the printmaking process and its creativeness to others.” 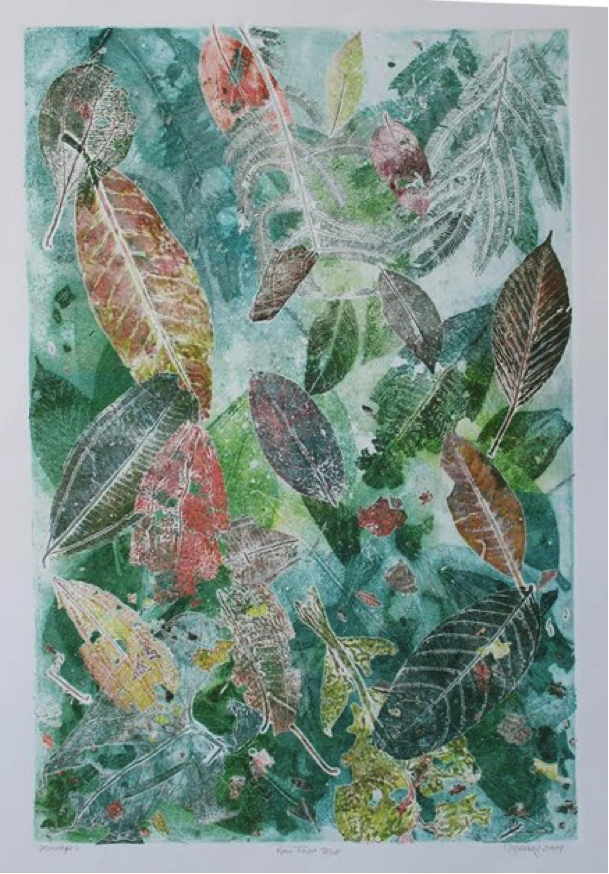 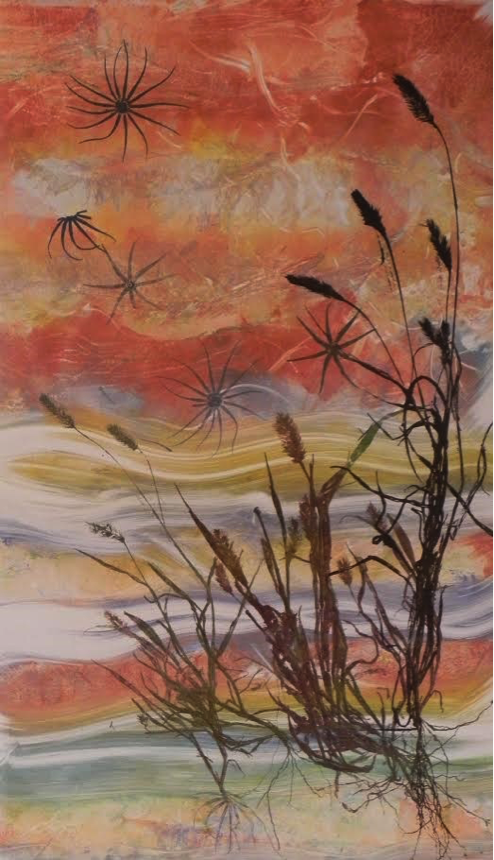 November's exhibit at the Sherborn Library featured Beth Hoffer.  Beth is a resident of Holliston.  As a photographer, she is inspired by the natural and architectural beauty of New England.  Her photographs represent a wide range of New England including the Maine Coast, Cape Cod, the White Mountains, and the region known as “MetroWest." Through her photography, Beth has come to appreciate that everything changes, be it by the season, day or minute. 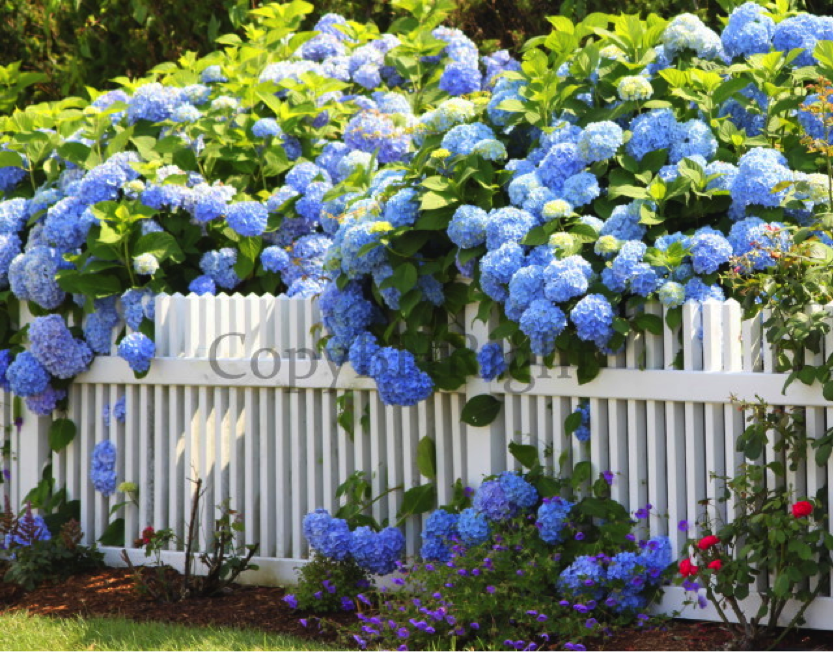 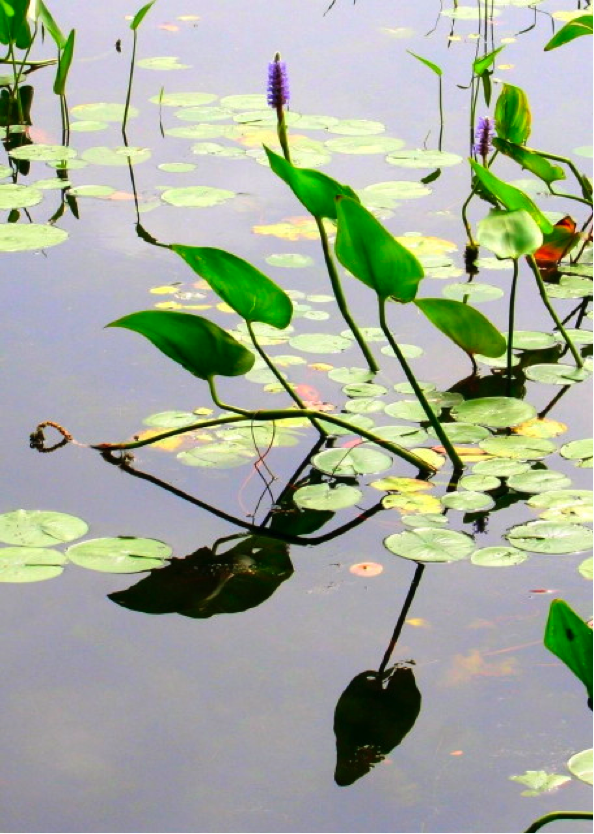 December 2015: The Art of Sally Meding

December 2015: The Art of Sally Meding

Sally Meding is a signature member of the Southwestern Watercolor Society and native of London, UK. She obtained a PhD in Freiburg, Germany and immigrated to the United States in 1990. She has a studio in Natick, MA and teaches watercolor and drawing in the MetroWest area.

A versatile artist creating mostly semi-abstract works in watercolor on paper. Her artwork is about playing the game of “contrasts” particularly warm against cool, bright against dull and light against dark. She enjoys the challenge of painting a wide variety of subject matter where a “contrast” caught her eye. Sally finds color fascinating, and spends much time reading about it, and typically she uses a kaleidoscope of harmonious color, interesting shapes and textures to dramatically emphasize how she perceives our fragile world. 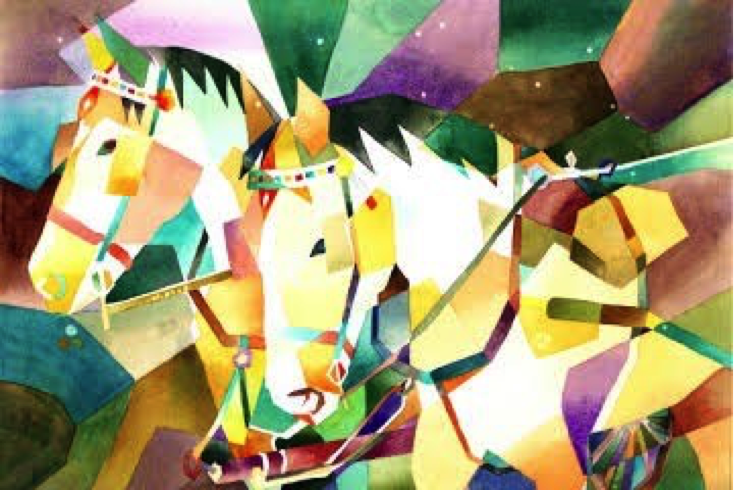 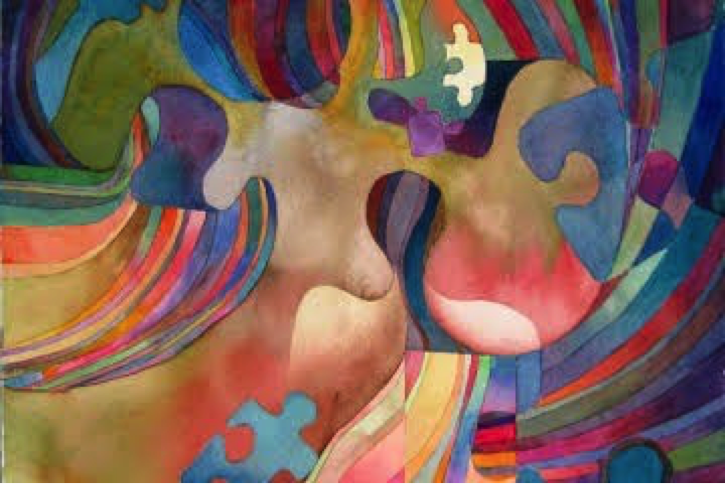